Bavaria and Schleswig-Holstein, Germany, have temporarily banned live exports. This decision was triggered by the transport of a pregnant cow due to travel from Bavaria to Uzbekistan, a 5000-km journey. The veterinary officer in charge refused to issue a health certificate, thus making it legally impossible to transport the animal. The reason: the long journeys to countries where regulations on animal welfare are far below EU standards often lead to severe animal welfare problems. The head of department has supported this decision and decided to ask the Minister for advice. The ministries of the two states are now focusing on a harmonized and legally compliant procedure on national level. Besides that they are currently working on a list of third countries where AW standards do not meet EU law.

In 2018, Dr. Mr. Christoph Maisack and Dr. Vet. Med. Alexander Rabitsch1) evaluated numerous studies revealing that in many southern areas, especially Turkey, the Near East, the Maghreb and the Asian states of the former Soviet Union, handling and transport of animals is often fraught with unacceptable cruelty, like gouging out eyes  and cutting of tendons. These welfare violations are followed by slaugther performed without stunning, under bad circumstances and associated with severe pain and stress.

Animals’ Angels recently followed several transports to Uzbekistan. They found that EU regulations were not followed. The compulsory resting period of 24 hours after travelling 29 hours was formally planned, however it was not carried out. The planning was unrealistic to begin with, as there simply were no pens or stables at the location designated for the resting period. According to their reports animals in countries like Yemen, Lebanon, Morocco, Algeria, Egypt, Azerbaijan, Syria, Jordan, Kazakhstan, Kirghistan, Tajikistan, Turkmenistan and Uzbekistan are transported, handled and slaughtered in a way European Law would call severe animal abuse.

The European Food Safety Authority (EFSA) wrote a report in the summer of 2017 listing many animal welfare problems on the Bulgarian – Turkey border. Transports were not planned properly, causing long delays. Welfare requirements to prevent ‘unnecessary pain, suffering or injury to the animals’ were not met. Hot weather and inadequate ventilation in lorries caused unnecessary suffering to animals. Similar problems were registered in 2011 and although EFSA gave many recommendations, the problems were still present six years later.

In 2017 the German veterinary organization Bundestierartztekammer, with over 40.000 members, stated that export of live animals to non-EU countries should be stopped. This statement was a response to reports in the media about severe animal abuse in non-EU countries.

The Tierärztliche Vereinigung für Tierschutz (T.V.T.) the German association of veterinarians for animal welfare, have also spoken out against animal transport to third countries outside Europe.

The Austrian Veterinary Chamber wrote a statement in January 2018 regarding the numerous reports about breaches of animal welfare during transport to third countries and at EU borders. They called the specific practices in many third countries clear examples of mistreatment of animals.

The Federation of Veterinarians of Europe has also expressed concern about serious animal welfare issues related to long-distance transport and export of livestock, and calls to end this suffering and to urgently implement and respect agreed welfare standards.

Caring Vets (Dutch association of veterinarians for animal welfare) joins all veterinarians and veterinary organizations that speak out against these acts of cruelty, and issues this statement in support.

An urgent call to action for European policymakers to: 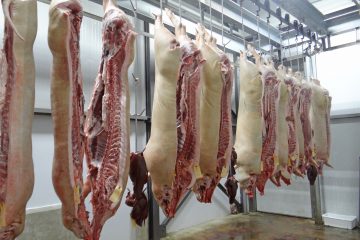 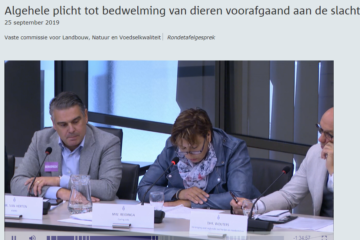 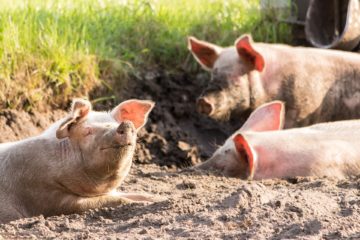