The role of veterinarians in farmed animal welfare and advocacy

How can we “care for the carers” and help influence the next generation of veterinary practitioners towards more empathy for farmed animals?

The general public identifies veterinarians as the most credible source of information regarding animal welfare, and, consequently, they trust their judgment and decisions.

However, studies from different parts of the world have shown that, at least concerning farmed animals, the situation may not be so rosy. For instance, it is known that veterinarians who work primarily or exclusively with farmed animals tend to have a different attitude towards farmed animal pain and cognitive abilities compared to their colleagues who work in small animal practice [1, 2, 3]. Attitudes to pain in farmed animals are also influenced by age: some studies indicate that younger veterinarians are more aware of the advantages of using pain relief compared to veterinarians of older generations [4]. 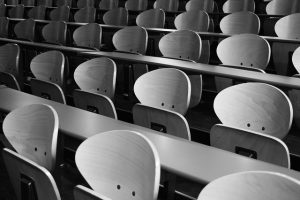 The latest study that caught my attention is from Italy, my home country, and shows that, already as students, future veterinarians with an interest in working with farmed animals show less empathy and consider aspects such as freedom from pain and distress, and the ability to show natural behaviours, as being less important in farmed animals than in other species.

Nearly 900 veterinary medicine students from three Italian faculties located in central and northern Italy were asked to respond to a survey that collected demographic data and detailed information about their professional aspirations and their attitudes to the species with whom they aspired to work after graduation.

This study confirms the already documented gender differences in empathy towards farmed animals, which influences among other things the use of analgesics during painful procedures [3, 5]: female students in this study scored higher than males on a 20-item Animal Attitude Scale (AAS). Additionally, students with previous familiarity with farmed animals (particularly ruminants) and/or aspiring to become farmed animal practitioners scored lower on the AAS compared to students aspiring to careers in other fields. In particular, for students aspiring to a career with farmed animals, freedom from pain and distress, and freedom to express natural behaviours were less important than for students with a stronger interest in companion animals. Other factors that increased scores on the AAS (indicating a more animal-friendly attitude) were, in no particular order, following a specific diet for ethical reasons, and being a member of an animal rights organization.

The authors of this study suggest that veterinary curricula for prospective farmed animal practitioners should devote more attention to animal welfare. More targeted and in-depth courses on this important topic can contribute to shaping more positive attitudes towards farmed animal welfare [5]. This is particularly important as the findings of this survey suggest that veterinarians are at risk of reflecting a kind of cognitive dissonance in their everyday professional activity, whereby some animals are considered and treated as companions and others in a much more pragmatic and utilitarian way.

An aspect with which I continue to struggle is the provision (or lack thereof) of adequate pain relief to farmed animals during painful husbandry procedures and common painful diseases. Think about the disbudding of dairy calves, the castration of piglets, steers, lambs, the beak trimming of laying hens, and I could continue. In most parts of the world, including in the EU, these procedures can be legally carried out on young animals by farm staff and without pain relief. But farmed animals also typically suffer from so-called “production diseases”, such as udder inflammation (mastitis) in dairy cows, which can be very painful. Lameness in cattle and pigs is another such example. In all those cases, my perception is that the intervention of the veterinarian is essential in educating farmers about the importance of easing pain, not only for animal welfare, but also to promote the recovery and thus, indirectly, the longevity of the animals. Hence the fundamental role of education in shaping the mentality of future farmed animal veterinarians.

The veterinary profession is aware of its role in promoting better animal welfare and has become more proactive on certain procedures typical of the livestock industry that are, at the very least, no longer best practice from a deontological (i.e., professional ethics) and scientific perspective. By way of an example, in 2011 the American Veterinary Medical Association, the Federation of Veterinarians of Europe, and the Canadian Veterinary Medical Association published a joint position paper entitled “The Roles of Veterinarians in Ensuring Good Animal Welfare” which emphasizes in general terms the importance and the responsibilities of the veterinary profession in the field of animal welfare. These and other official veterinary representational bodies now constantly update their positions, policies and best practices, including on specific topics of farmed animal welfare (6, 7, 8, 9). And some have even gone beyond this: for instance, in 2015 the British Veterinary Association launched an official petition to the government of the United Kingdom asking for an end to non-stun slaughter, a topic that has been hotly debated in the country for many years.

At the same time, groups of veterinarians working in farmed animal practice have started to speak out against some aspects of the industry – not without stark criticism from less progressive colleagues and sectorial organizations, and even at the cost of very personal attacks.

I will only cite three cases, but (encouragingly!) there are more that could be mentioned. 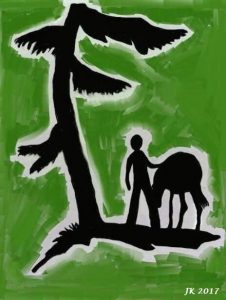 Firstly, Caring Vets, of which I am a member, is a Dutch non-profit organization originally founded by a group of 70 veterinarians concerned about the treatment of animals on farms and in slaughterhouses. In only two years, the organization has grown to incorporate veterinarians who are personally committed to improving the treatment of several other categories of animals, but the initial focus on farmed animals caused much uproar and is still perceived as being controversial. If you are interested to learn more about the open letter that announced the foundation of the Caring Vets, my commentary is still available here. The Caring Vets have now created an international network that is constantly growing.

The second organization I want to mention is based in Spain and is called AVATMA. It brings together hundreds of veterinarians, whose aim is to abolish not just corridas, but any other form of animal mistreatment, including of course that which occurs on animal farms.

The third example is an organization called VALE (Veterinarians Against Live Export). This group gathers veterinarians and other animal care professionals who have witnessed first-hand the conditions of live animal exports from Australia, and who are committed to exposing them and ending this trade.

These are just three examples showing how the veterinary profession can (and should) be critical of certain aspects of animal farming while still continuing to operate within the system. The balance is delicate, of course. Farm animal advocates (including veterinarians like myself) who do not depend economically on the farming industry can be more outspoken, but the role of the veterinarians who are there every day with the animals, and who can advise and guide farmers, slaughterhouse operators, transporters, is invaluable. And, I would add, it is also currently irreplaceable.

Veterinary education can play a fundamental role in shaping the mentality of future farmed animal practitioners, by stressing the importance of protecting animal welfare, and the differences between the needs of different farmed animal species.

It will also be increasingly important for the animal advocacy community to build bridges with the veterinary profession and to support those veterinarians that are already committed to speaking out and that are facing the backlash of the industry and the hostility of less progressive colleagues, sometimes with heavy personal consequences.

Most notable is the case of Dr. Lynn Simpson, who lost her job as a veterinarian working for the Australian Department of Agriculture after exposing the appalling conditions on ships exporting live animals to the Middle East and other long haul destinations. Although she had to permanently leave her position, the courage of Dr. Simpson did not pass unnoticed, and she is now a prominent and reputable animal welfare advocate (to learn more about her story, you can visit the dedicated page on the website of the Unbound project).